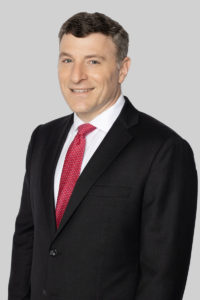 Jeremy Berry focuses his practice on government contract and procurement issues, campaign finance and election law, governmental and regulatory affairs matters, charter schools, investigations, and government and public policy litigation. He has counseled clients with issues related to the performance of their contracts with the government and represented clients seeking government contracts, including filing and defending bid protests on the state, county, and municipal levels. As part of his practice, Mr. Berry represents and counsels elected officials, campaign committees, businesses, and political action committees regarding state and federal campaign finance laws and ethics.  Mr. Berry also has experience successfully defending clients in government investigations.

Mr. Berry served as City Attorney for the City of Atlanta in 2017 and 2018.  In this capacity, he provided legal counsel to the Mayor, City Council, and every department, committee, and board of the City. Mr. Berry managed the Department of Law, which consisted of 85 employees (45 lawyers) and administered a $20.9 million annual department budget. The Department advises on a range of issues, including civil litigation; drafting legislation; employment counseling; municipal finance; infrastructure and real estate; watershed management; aviation and airport operations; procurement; and ethics and compliance.

Emory College honored Mr. Berry in 2014 with its Young Alumni Service Award for his distinguished community and public service. In 2013, the Daily Report recognized Mr. Berry as being “On The Rise,” an award given to 40 attorneys under the age of 40 in the state of Georgia. Atlanta Magazine honored Mr. Berry as a “Super Lawyer Rising Star” in Government Contracts in 2010, 2011, 2012, and 2013. Mr. Berry graduated Leadership Atlanta in 2018 and Leadership DeKalb in 2012.

Mr. Berry currently serves on the Board of Trustees of the Jewish Federation of Greater Atlanta, the Emory University Alumni Board, and the ALEF Fund.

Mr. Berry is a graduate of Emory University School of Law. While in law school, Mr. Berry served as a notes and comments editor of the Emory Law Journal and received the Dean’s Award for Outstanding Public Service, a Dean’s Award for Legal Writing, and an Albert W. Stubbs Endowed Scholarship. Prior to law school, he was the assistant director of federal affairs for Emory University.