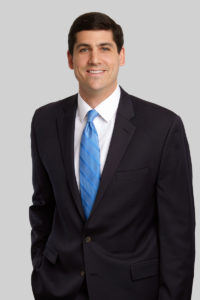 Prior to joining Chilivis Grubman, Joe served as Special Advisor to the City Attorney for the City of Atlanta and as legal counsel to Atlanta’s public safety agencies. He handled issues, among many others, arising from licensure, permitting and code enforcement by the Atlanta Police Department. Joe’s work for the City of Atlanta also included representing the City and its officials in a wide range of civil litigation and administrative matters. Preceding his time with the City of Atlanta, Joe was a partner at The Cochran Firm and litigated cases nationwide, recovering millions in verdicts and settlements for his clients.

For his legal work, Joe has been recognized with several accolades, notably being named to The National Trial Lawyers Top 40 Under 40 and a Rising Star by Super Lawyers.

Joe is licensed in Georgia, Alabama, California, and the District of Columbia.