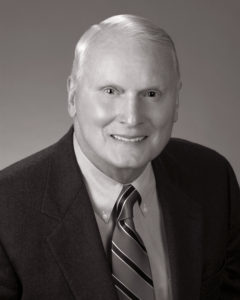 Colleagues and friends remember the late Nickolas P. “Nick” Chilivis, founder of the Atlanta litigation firm Chilivis Grubman Dalbey & Warner, as both an extraordinary lawyer dedicated to his clients and profession, and an extraordinary man. Gary Grindler, co-founder of the firm who now practices in Washington, D.C., recalled defending a former member of President Jimmy Carter’s cabinet, Bert Lance, with Nick against charges of bank fraud. “After a grueling five-month trial which ended with a stunning verdict of not guilty on all counts, the news media was eagerly waiting outside the courthouse to hear what Nick would say about the trial. As we were about to get in the elevator to go down to the press conference, a young lawyer from our law firm who, during the trial, had assumed responsibilities for one of Nick’s cases, walked up and told Nick that he was going to a court appearance in that matter and was nervous about it. Ignoring the scores of reporters, cameras and microphones waiting to hear Nick talk about this great victory, Nick went straight to the court appearance to help this young lawyer. Nick’s complete and total commitment to his clients—no matter the nature of the case—was unparalleled and serves as a remarkable example of professionalism for all attorneys to aspire to.”

Anthony L. Cochran, formerly the firm’s senior partner, recalled a similar experience while trying a high-profile case with Nick. “Nick was defending an attorney who had been charged with immigration fraud and was cross-examining one of the government’s star witnesses, a former client of the attorney. When Nick gently asked her about conflicting testimony she had given before the grand jury, she suddenly burst into tears. Without batting an eye, Nick pulled his handkerchief from his coat pocket and handed it to the witness, waited a moment, then continued his cross. Judge Tidwell called it the best cross-examination he ever had seen. After the trial, she sent the handkerchief, laundered and neatly folded, back to Nick—with a note thanking him!”

Nick’s reputation extended throughout Georgia. Partner Tom Bever says, “when I returned to Atlanta after working on the Iran-Contra investigation, I sought advice from a District Court Judge outside of Atlanta and a former United States Attorney.” “They both guided me to this firm.”

Partner Randy Dalbey added “when I sought guidance in my job search from the District Judge in Augusta for whom I was clerking, he told me he respected the other Atlanta firm with which I spoke but that any young lawyer who has the chance to practice with Nick Chilivis and doesn’t do so will regret it.” “I took his advice and, during my first 15 years at the firm, every time I told a judge or lawyer what firm I was with, the inevitable reply was ‘is that NICK Chilivis?’ I still get that routinely today.”

“Nick was so accommodating with his time,” remarked Mr. Cochran, “he often had to go home to get any of his own work done. We all just enjoyed being around him, whether talking about our cases or anything else.” “Everyone at the firm loved Nick so much that employees named children after him,” added Mr. Dalbey.

Partner John Larkins, who also practiced law in Athens where Nick began his career, said that “Nick would tell me the Athens Stories. One in particular describes Nick perfectly: One day, a lady walked into a beauty parlor in Athens and announced that she was spitting mad at Nick, because he called her husband a liar in open court. At that point another lady said, ‘Madam, Nick Chilivis may have proved your husband is a liar, but he would never have called him one.'” Summing up the thoughts of all of his colleagues, Mr. Larkins continued “I will miss him terribly as a mentor and friend.”

The Atlanta law firm Chilivis Grubman Dalbey & Warner is sad to announce the passing of our founder and friend, Nickolas “Nick” P. Chilivis. Following a distinguished legal career in both private practice and public service, Nick Chilivis began the firm, originally Chilivis and Grindler, with Gary Grindler in the basement of his house in 1984. After retiring in 2002, he retained Of Counsel status with the firm. During his 50-year career, Nick was universally recognized as a legal giant, one of those rare lawyers able to successfully represent virtually any client in any type of case, no matter how complicated or high-profile.  Yet Nick never sought the spotlight for himself or compromised his integrity, always remaining a true gentleman and a credit to his profession.  “Nick always taught us that an attorney must be dedicated to his or her clients, but never compromise his or her integrity or the ethical standards required in the practice of law,” said the firm’s managing partner Randy Dalbey, a partner in the firm since 1998.  “Those of us who had the good fortune of being trained and mentored by Nick both as attorneys and people have been truly blessed, and we will miss him terribly. Our thoughts and prayers are with his family.”